Euro 2021 latest news : Coach Jose Mourinho adviced Gareth Southgate to have possession of the ball in the midfield for England’s first game at the Euro against a very experienced Croatia.

Famous for his defensive style with counter-attacks, the Portuguese surprised journalists by praising an offensive game with three midfielders. He thinks Foden, Mount and Grealish, who reminds him of Jose Mourinho, would be the best choice.

Griezmann has a calf contusion and Benzema got kneed during France last game against Bulgaria.

They weren’t able to train yesterday with their teammates. But nothing is alarming and they should be able to play against Germany next Tuesday. 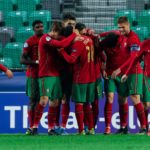