Transfer Gossip… Dutch player Wijnaldum has officially signed with Paris Saint-Germain. He has already passed the medical check-up. His contract runs til’ 2024 with a €9.5m per year salary.

Jorge Mas and David Beckham, co-owners of Inter Miami, have had talks with 33 years old Lionel Messi. The playmaker could finish his career in the MLS. 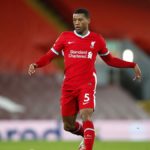